Are you planning a trip to Kentucky anytime soon? You know, the Derby will be here before you know it. Whether you’re from Kentucky or are traveling here soon, My Old Kentucky Road Trip (a blog, and now a book, coauthored by current staff member, Cameron M. Ludwick and former staff member, Blair Thomas Hess) has a few suggestions for the next time you’re up for some uniquely Kentucky fun!

Kentucky was the 15th state to join the Union and the first on the western frontier. High Bridge located near Nicholasville is the highest railroad bridge over navigable water in the United States. Post-It Notes are manufactured exclusively in Cynthiana; the exact number made annually of these popular notes is a trade secret. The first American performance of a Beethoven symphony was in Lexington in 1817. Pikeville annually leads the nation in per capita consumption of Pepsi-Cola. Teacher Mary S. Wilson held the first observance of Mother’s Day in Henderson in 1887; it was made a national holiday in 1916. The song “Happy Birthday to You” was the creation of two Louisville sisters in 1893. More than $6 billion worth of gold is held in the underground vaults of Fort Knox; this is the largest amount of gold stored anywhere in the world. Cheeseburgers were first served in 1934 at Kaelin’s restaurant in Louisville. Middlesboro is the only city in the United States built within a meteor crater. 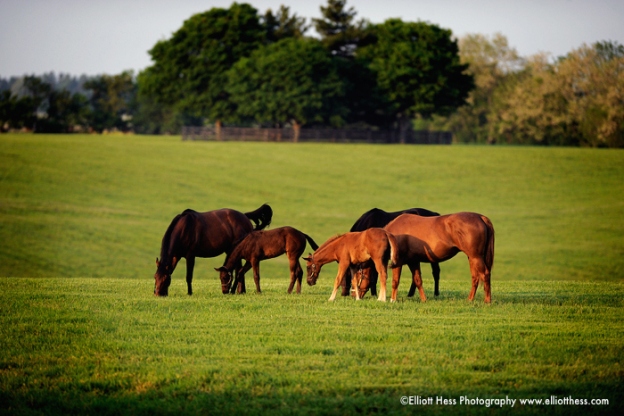 In the spirit of the Kentucky Department of Travel’s “There’s Only One” campaign, we’ve put together a short list of some of the “Only One” destinations we’ve visited. We’ve had a great time on our travels so far—we want you to enjoy the Bluegrass State as much as we do!

Check out more of the items from the “There’s Only One Kentucky” list here.